Forest bathing: How to do it in your own neighbourhood for free 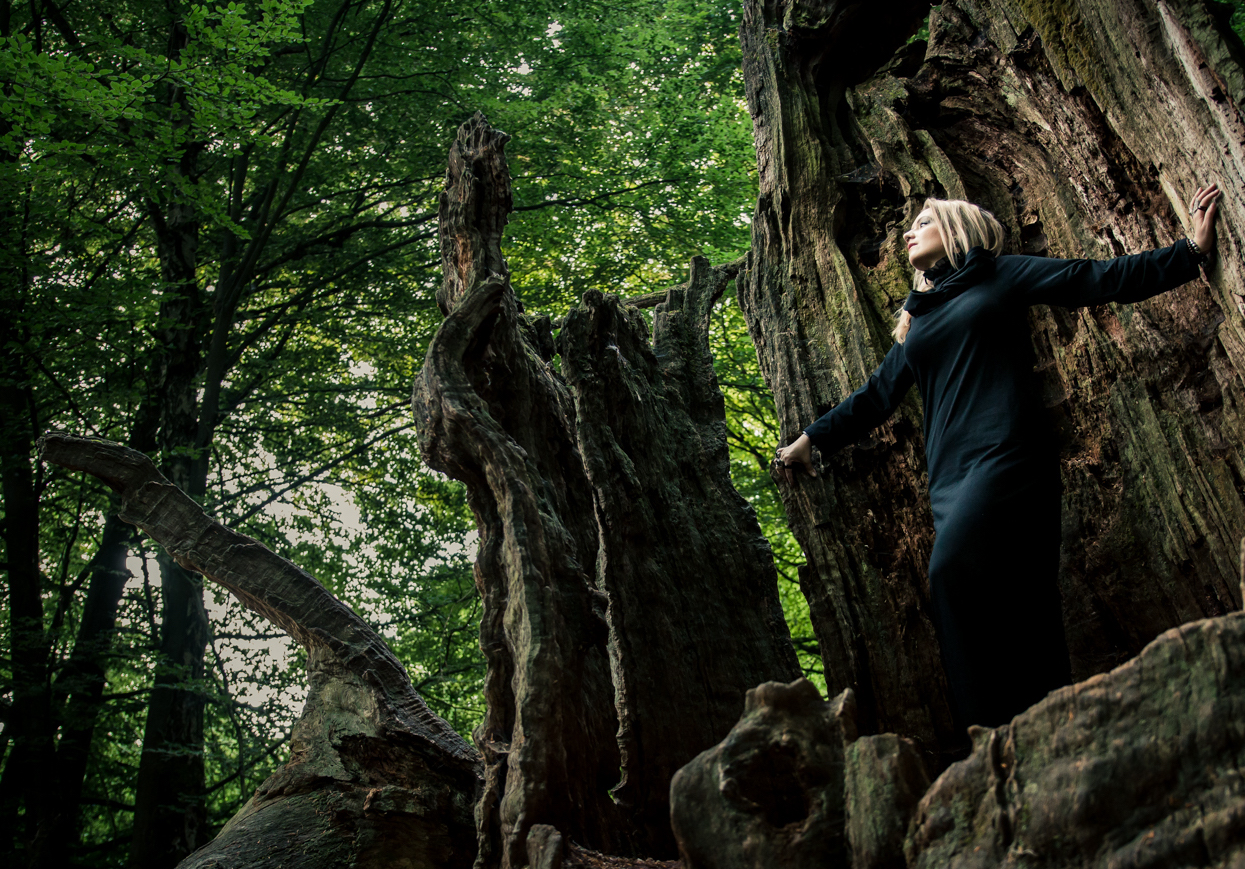 A new health therapy known as ‘forest bathing’ is popping up all over Britain, with people paying to spend time in the trees. The benefits of forest bathing range from improving sleep and the ability to focus, to lowering blood pressure and stress levels.

So if you’re curious to try it, read on to find out how to forest bathe for free in your very own neighbourhood.

(Usually, Malcolm and I write posts jointly, but for this post, I thought I’d interview Malcolm to get this thoughts on the recent phenomenon. -Rachel)

So Malcolm, how would you describe forest bathing?

There’s a whole load of scientific research that’s been done that’s been trying to explain why being in nature is good, so it’s getting a lot of attention. I think it’s largely a response to the disconnect from the natural environment that comes from urban living.

Why do you think more and more people are trying forest bathing?

Well, people are under stress, and they’re looking for ways to improve the quality of their life. I also suspect there’s some deep DNA echo from our ancestral past, being in trees. Trees have offered us so much in the near past, from tools, fuel, shelter, food (food from the trees themselves but also in terms of animals who live amongst woods), so they’re habitats we’re profoundly drawn to.

If trees are growing somewhere, it also means there’s water there. So if you think about an oasis, you have water from underground and shelter from the sun.

It’s also the ability in the past to climb a tree, to be up in the branches, looking down on people, which was a very rare perspective. You could escape from an animal who might attack you, or maybe just sit up there and relax, to throw pinecones down at people!

And then it’s like being a child again in that the trunks of trees remind me of parents’ legs, and the trees are like giants, protective guardians. It kindles a feeling of being nurtured and safe.

I mean, trees are awesome, in the most literal sense of the word. They’re huge, like an elephant but they’re WAY bigger. They defy gravity and bend in the wind. They inspire deep admiration from us as we literally look up to them.

Finaly, they are our intimate allies by pumping out oxygen and breathing in carbon dioxide. Some people believe there’s a higher concentration of oxygen close to trees. The air inside the forest is different air from that’s in the open — certainly different from dusty deserts or polluted urban environments.

There’s a feeling that the more the air stays in the forest, the more it’s imbued with olfactory stimulus from the surrounding plants, like essential oils imbued with scent. Trees create their own humus soil, their own living ground with layers of smells.

I like to go for a slow, gentle walk amongst trees, to meander with no direct purpose of getting somewhere, and preferably barefoot. I would encourage being barefoot amongst the trees so that you’re touching the ground. It also forces you to go slowly.

As soon as you go barefoot, you’re connecting to the ground and it’s often more moist and I think the charge works better, the energy coming from the ground known as “grounding” or “earthing”.

When you move like this, it’s an immediate statement of slowing down. You can notice the changes of light and contrast, any subtle movements there might be like a squirrel running across the ground.

You start to see individual trees rather than just a forest, which is one of the reasons I’m far less attracted to plantation woods because they usually a monoculture, all of the same age, and the trees are orphans. They’re planted too close together to allow natural light and habitats on the ground.

Conversely, being in mixed woodland, with mixed species, because you arrive at a tree often before you realise what tree it is. So you’ve slowed down and you start to notice its size, bark, the leaves, its habitat where it’s growing and what’s growing underneath it. That tree becomes not just “a” tree in a forest, you start to have a relationship with this living thing that’s bigger than you.

That’s where this awesomeness comes back, to be standing looking up at something that’s older than you, maybe by hundreds of years. Like the Ents in the Lord of the Rings, these old trees hold memory and stories. You can’t help but wonder who’s been there before, who’s walked beneath that. It’s a cultural store of memories.

All of this is going on inside and it’s building up a powerful mental map, a narrative of the immediate habitat around you.

If you’re walking out in the open, your story of where you are can cover miles and therefore it’s very superficial. But within a forest, it’s very close and intimate. And all the time your other senses are being stimulated: the wind in the leaves, the sound your feet are making, the animals, the creaking of the tree, the smells, the feel under your feet and the bark and the leaves, of catepillar threads that dangle down from the leaves.

It’s the feel of the variability of the sun’s warmth as you go through dappled sun, the shelter and the calm of being away from the wind or the rain. Sheltering under a tree is a profound experience in the summer rain. That’s a lot of children’s introduction to a tree as shelter.

It’s all being stimulated by the exact local area you’re in.

What tips would you give to people wanting to do it in their own local area?

First, see if there are woods that are already promoted for leisure activities — whether that’s Woodland Trust or community woodland, arboretum or National Trust property.

In fact, one of my favourite places to forest bathe is at the National Trust property The Hermitage, near Dunkeld in Perthshire. The place gets a lot of visitors because the trees are over 200 years old and the stone bridge and buildings are picturesque. But you can easily get away from the crowds and off the beaten path.

The Forestry Commission woodlands are less exciting because they tend to have much younger trees of just a few species.

Find a place where the trees are accessible for leisure use which usually means there’s a car park or associated things like a castle or walks. Bear in mind that anywhere where there are trees now the landowner will be pretty precious about them in Britain. There isn’t any wild wood in Britain, so you have to check things like access. I would try to avoid having an experience where you come into conflict with a landowner when you’re starting out.

If there isn’t anywhere like that locally, then I’d encourage people to go out specifically looking for trees. Look for interesting canopies of leaves. When you’re on a high point in the countryside, you can spot canopies with a diversity of colour and textures coming from different trees. If I was in an urban environment, I’d go up a church steeple, a high window and scan around looking for a cluster of trees. Usually looking on a map would find something,

I’d make sure you take clothing that will enable you to stay a long time: i.e., waterproofs, warm clothing, food, drink. You’re hoping to find a tree to climb up into or to lean against and you want to be comfortable. If you’ve got children, taking things for them to play with. A great thing is to take some rope so you can make a swing. Passing a rope over a branch changes the whole experience.

Choose a day when the weather is not too windy so that the air in the forest has soaked up as much as it can from the trees. You don’t want it to be dangerous or unpleasant. Ideally, go in a forest when it’s waking up since trees go to sleep at night!

To find out more about what I’m talking about, start to read books about trees, such as The Hidden Life of Trees.

One last thing…when I was 18, before I knew it was a derogatory term, I would wrap my arms around a tree and give them a hug. When I discovered the term “tree-hugger” at first I felt happy because there were others like me! Now I want to reclaim that name because you’re not doing any harm. 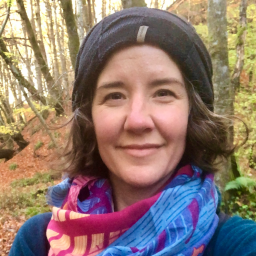 In order to heal my Chronic Fatigue and fibromyalgia, I had to rewild myself. That meant several years of big changes and daily effort, from diet to energy medicine to connecting to nature. It's a lot! My biggest wish is to help others like me by making that journey to wellness and authenticity easier and less lonely.